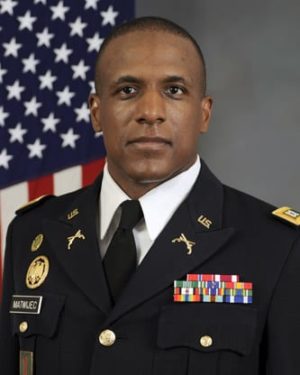 As a Franciscan University graduate, a commissioned officer in the U.S. Army, photographer, and a worldwide traveler, Andrew Matwijec is living out the goals he set for himself early in life.

Andrew graduated in 2010 with degrees in theology and philosophy and a minor in German.  He was a member of Franciscan’s inaugural Army Reserve Officer Training Corps (ROTC) class as well.  An accomplished guitarist and vocalist, he also led a chapel ministry music team for four years.

It’s an understatement to say that he was extremely disciplined and focused.

Matwijec credits the ROTC program for helping to further instill in him the discipline to see a job through to completion.  As part of the four-year ROTC program, he and his fellow cadets had to wake up every morning around 4:30 a.m. and travel to Pennsylvania and West Virginia to take part in more than an hour of physical training.  “Sleep, pray, eat, study, music and train to fight was my daily routine,” Matwijec says.

As a senior, Andrew’s dedication and ability to multitask were pushed to the limit.  Besides balancing a regular senior class schedule, a double thesis, preparing for graduation, and leading a music ministry team, Matwijec had to simultaneously fulfill the role as a cadet company commander—responsible for over 30 ROTC Cadets, their training and all ROTC operations not only at Franciscan, but at Robert Morris University in Pennsylvania and at West Liberty State University in West Virginia as well.  For his efforts, he received the Department of the Army’s second highest award presented to ROTC cadets.

Upon graduation, Matwijec was commissioned as a second lieutenant in the U.S. Army Military Police (MP) Corps.  His first assignment was a three-year tour in Alaska, where he was in charge of a 42-soldier MP platoon, responsible for providing law enforcement at Joint Base Elmendorf-Richardson.  In addition to learning how to fight in minus 50 degree weather and providing law enforcement for the nation’s last frontier, he and his platoon were tasked with training over 600 Royal Thai and U.S. Soldiers in the jungles of Thailand as well as simultaneously training for a combat mission in Afghanistan.  Before deploying to combat, Matwijec was promoted to First Lieutenant.  During his combat tour in support of Operation Enduring Freedom, Matwijec managed a U.S. and Afghan tactical operations center overseeing combat and police operations for over 500 U.S. soldiers and nearly 30,000 Afghan police officers throughout six provinces in eastern Afghanistan.

Upon completion of his tour in Alaska, Matwijec volunteered for a tour in South Korea where he served as the deputy commander of the U.S. Army’s correctional facility.  While still in Korea, Andrew was promoted to the rank of Captain and was immediately offered command of the Military Police unit responsible for protecting the commanding general of all U.S., United Nations and the Republic of Korea–U.S. Combined Forces in Korea.

Following his assignment in South Korea, Matwijec was assigned to Fort Leonard Wood, Missouri, where he completed an advanced military course and a master’s degree.  He was then assigned to Fort Sill, Oklahoma, where he assumed command of two Military Police units, including a K9 unit.  During this second command, Matwijec oversaw law enforcement and security at Fort Sill while simultaneously deploying assets from his unit to Kuwait, Iraq, and Afghanistan.  Concurrently, Matwijec provided support to a multitude of worldwide U.S. Secret Service missions including protecting President Obama and President Trump.

Following his assignment in Oklahoma, Matwijec moved to the European theater.  He is currently serving as the deputy provost marshal for the U.S. Army Garrison Bavaria, the Army’s largest overseas garrison.  In this position, he oversees the law enforcement on all Army installations in the German state of Bavaria.  He works hand in hand with a multitude of U.S., German, and Allied law enforcement, intelligence, and security organizations in order to provide safety and security for over 70,000 civilians, soldiers and their family members.  He also oversees all emergency response assets (including a German fire department) at the Army’s only overseas and NATO’s largest combat training center.

Matwijec believes that the strong moral values he acquired from his parents, the academic challenges he encountered in the classroom, the training he experienced in ROTC, and the interactions he had in music ministry and outside the classroom helped prepare him for his career.

When he is not working, Matwijec invests his time in traveling and photography.  In the past four years alone, he has visited over 70 countries and all seven continents.  He has climbed the Great Wall of China, tracked lions and elephants in Africa, held pythons in the marshes of Vietnam and Morocco, trekked through Patagonia, traveled over 6,000 miles by train from the kremlins of western Russia to the remote cities of Siberia, sailed from the southern tip of South America across the world’s most treacherous body of water and landed in Antarctica, swam in the Dead Sea, spent a weekend in a Norwegian fishing port, set foot in North Korea, and rode horses on the steppes of Mongolia.  He has had his camera by his side during all of these journeys and has captured some amazing moments in God’s creation.  He has won several photo contests including the Army’s digital photography contest.

“Ever since I was old enough to sit up and pull the encyclopedia off my parents’ bookshelf in the family room, I’ve been fascinated by world travel and photography.  I thank God that he has opened the door for me to experience the places and the cultures that I used to read about when I was a small child.”