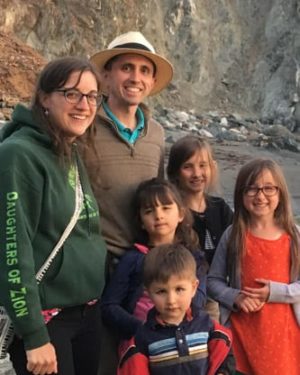 Dr. Mark K. Spencer ’07, MA ’08, didn’t just leave Franciscan University of Steubenville with a bachelor’s degree in philosophy and theology and a master’s degree in philosophy. He also left with the strong philosophical foundation he needed to bolster his four years of doctoral studies at the State University of New York at Buffalo, which led him to his dream job: philosophy professor at a medium-sized Catholic university.

Spencer works at the University of St. Thomas in St. Paul, Minnesota, both as assistant professor of philosophy and as assistant editor for American Catholic Philosophical Quarterly. Much of his work is grounded in the philosophical formation he received at Franciscan University.

“The Philosophy Department at Steubenville showed me how to be both rigorously philosophical and rigorously Catholic,” he said. At Franciscan, he became rooted in the history of philosophy and was immersed in the Catholic personalist tradition. Both formations shape the work he does now, especially since he often deals with the defense of the Aristotelian-Thomistic tradition in metaphysics.

Spencer deeply enjoys teaching the philosophy majors at UST. Many of them are seminarians, and he considers it an honor to educate future priests.

In 2004, while a senior in high school, Spencer competed in and won Franciscan University’s Father Michael Scanlan Scholarship Competition, a prestigious invitation-only competition held annually that awards two full tuition scholarships to students among the top high school seniors in the nation. Among other academic requirements, students must have a GPA generally above 3.9 to be selected for this competition.